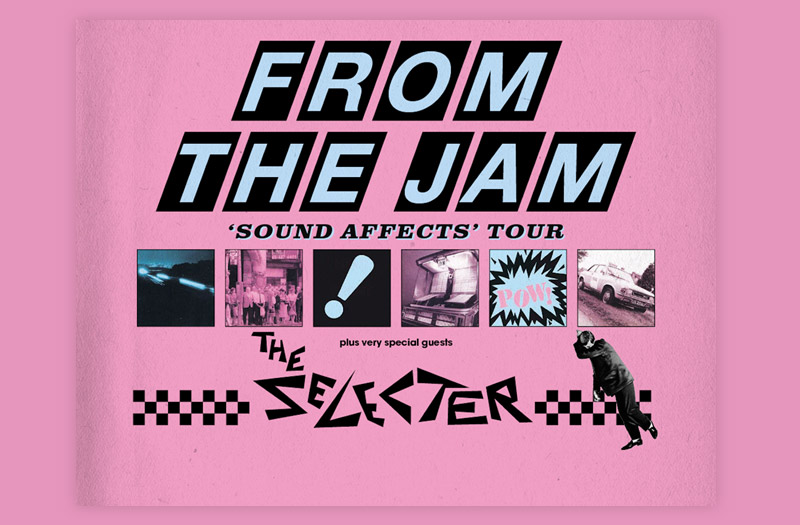 We should thank our lucky stars for bands like From The Jam.
Get tickets

From the Jam are celebrating ‘Sound Affects’, the 5th studio album by The Jam, by performing it in full plus more classics by The Jam. ‘Sound Affects‘ reached #2 in the UK charts and featured two of the band’s most-loved singles ‘Start!’ and ‘That’s Entertainment.

Led by original bassist with The Jam, Bruce Foxton, and Russell Hastings, From the Jam formed in 2007 performing around the world to sell-out crowds and reaching the UK albums charts with the 2017 LP ‘From the Jam Live!‘.

The Selecter are led by their iconic frontwoman Pauline Black and co-fronted by original member Arthur ‘Gaps’ Hendrickson. Pauline Black is one of the very few women in the 2-Tone scene – she is often referred to as “The Queen of Ska”. The 40th anniversary of the seminal ‘Too Much Pressure‘ LP is being marked with a deluxe re-release of the LP.

Purchase your tickets for From The Jam through MECA either through PayPal below or by contacting us directly.